The ultimate website for your French tin toy collection

In English and French!

The most comprehensive book about French tin toys ever made !

A beautiful follow-up of the legendary reference work 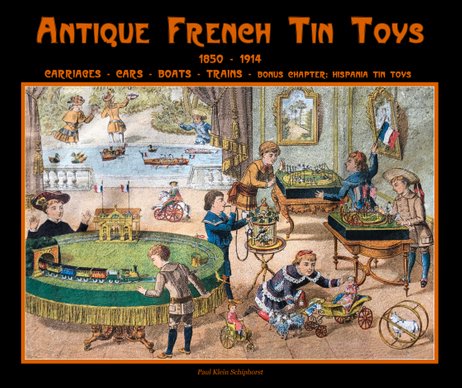 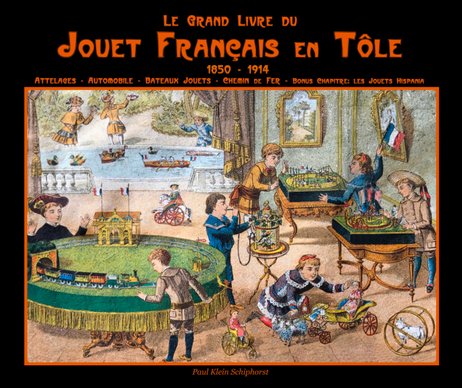 With a bonus chapter about Hispania

In 2019 a folio sketchbook was discovered of the Spanish manufacturer Roca Farriols who produced around 1900 tin toys in Barcelona under the name Hispania. This sketchbook was sold at a German auction. The collector who bought it, has allowed me to reproduce some of these early toy designs in my book together with the actual toys from various collectors. I have therefore added a 20 page chapter Hispania to my book and it is the first time that these toys and there original sketches are now shown. They're all unique! Hereunder just a few spreads of the 24 page chapter.

Quote from the FOREWORD by Pierce Carlson

"Paul's interest in toy collecting began in the mid 1970s, almost a half a century ago, when he worked with a printer in the Netherlands and spent weeks in the U.K. for the production of Alan Levy's book A Century of Model Trains as well as, a few years later, for David Pressland's book The Art of Tin Toys. These were groundbreaking books about tin toys which set new standards for scholarship, scope and colour. Those standards were lifted to an even higher level in 2002 when, 25 years later, Paul made the first toy book himself The Golden Years of Tin Toy Trains. Large and expensive, there were colour plates on every pages.  Paul is still pioneering to increase his standards of toy bookmaking and he does that with this beautiful book with its large images and full page layouts that are so complimentary to the beauty and rarity of the toys. It is the sheer extravagance of it all". 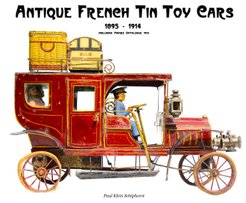 146 pages including the Pinard 1910 catalogue

From the main title,

two "specials" are available as well.

Both specials include a rare catalogue.

For your orders please

go to the Bookshop !

Both catalogues are also seperately available 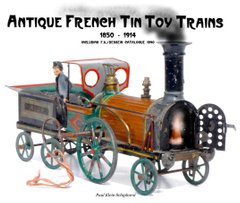 106 pages including the FV/Dessein 1890 catalogue